I am a senior lecturer at the Department of Mathematical and Physical Sciences, La Trobe University, Melbourne, Australia. 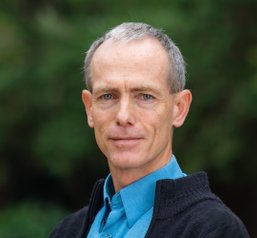 Here is a brief overview of my Education & Career:

During my studies I specialized in theoretical physics. I wrote my master thesis at the NIKHEF Institute (Amsterdam, NL) under the supervision of Prof. Bert Schellekens. The thesis dealt with quantum states of black holes in string theory. After my studies I started working on a PhD research project in mathematics at the vrije Universiteit. My supervisor was Dr. Jan Sanders. Using of number theory I contributed to the classification of integrable evolution equations. On January 9 2003, I successfully defended my thesis Integrable Evolution Equations: a Diophantine Approach, and I was awarded the 2003 Stieltjes Prize for the best PhD thesis written in the Stieltjes Institute. In September that year I started to work as a research associate at the University of Kent (Canterbury, UK) with Prof. Elizabeth Mansfield. I was appointed as Lecturer in April 2004. The research involved the lifting of integrability from the evolution of curvature invariants to the motion of the curve, using the geometric theory of moving frames. In January 2006, I joined the group of Prof. Reinout Quispel at La Trobe university (Melbourne, AU) to investigate discrete integrable systems.

My main area of research concerns algebraic and geometric properties of nonlinear integrable differential equations and difference equations. My artwork aims to exhibit the inherent beauty of mathematics in general, and of algebraic curves in particular.