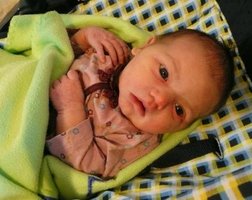 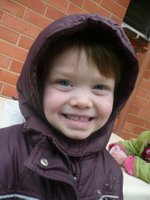 In my paper with J.A. Sanders [1] we have presented 7-th order B-equations with symmetries at order 11 and 29. The p-adic method of Skolem was used to prove that there are no other symmetries of this equation. Therefore it is a counterexample to the conjecture of Fokas. We also proved the existence of infinitely many equations that are almost integrable [1]. Using resultants we provided a method to obtain all n-th order B-equations with a symmetry at order m [2]. This was used to calculate all almost integrable equations of order 3<n<11 with a symmetry of order n<m<n+151. Refinements to the method of Skolem were made to prove that all these equations have exactly one higher symmetry, with the exception of the 7-th order equations which have two higher symmetries.

I solved the classification and recognition problems for B-equations [7]. Using the algorithm of Smyth the problem was solved locally at low order n<24. Every zero of infinitely many G-functions could be described in terms of roots of unity pointing to the zero from 0 and -1, motivating the introduction of bi-unit coordinates. These were used to construct, at every order, a set of integrable B-equations that are not in a lower order hierarchy. Moreover, bi-unit coordinates provided the key to establishing that the hierarchies of symmetries are exhaustive, which was done in cooperation with Beukers. I also gave formulas for the number of integrable equations and proved that they are real, up to a complex scaling. The recognition problem was solved by giving a description of all B-equations that belong to a lower hierarchy. I gave a procedure to obtain the order of the hierarchy.

The Lie algebra of pairs of differential polynomials is a graded algebra. The linear part has total grading 0, the quadratic terms have total grading 1, and so on. Gradings are used to divide the condition for the existence of a symmetry, [K,S]=0, into a number of simpler conditions: [K,S]=0 modulo quadratic terms, [K,S]=0 modulo cubic terms, and so on. This has been called the perturbative symmetry approach, and in the same spirit the idea of an approximate symmetry was defined. In [13] I have classified  2-component approximately integrable evolution equations globally, that is, the order of the equations can be arbitrarily high. This is achieved by applying the techniques developed in the special case of B-equations, where any approximate symmetry is a genuine symmetry.

Foursov gave a classification of 3-rd order symmetrically coupled KDV-like equations [Inverse Problems, 2000]. One equation appeared to have an interesting symmetry structure. This equation is linearly equivalent to the KDV-equation coupled to a purely nonlinear equation with parameter q. Foursov conjectured that for all negative and rational q this equation has a hierarchy of even order polynomial symmetries. I showed that is the case [4]. In fact, I proved a much stronger statement. There are several infinite sets of symmetries for any, possibly complex, value of q. These symmetries are not polynomial and do not necessarily commute.

My paper with E.L. Mansfield [8] is based on the Fels-Olver approach to moving frames. We give a method that determines, from minimal data, the curvature and evolution invariants that are associated to a curve moving in the geometry defined by the action of a Lie group. The syzygy satisfied by these invariants is obtained as a zero curvature relation in the relevant Lie algebra. An invariant motion of the curve is uniquely associated with a constraint specifying the evolution invariants as a function of the curvature invariants. The syzygy and this constraint together determine the evolution of curvature invariants. We prove that the condition for two curvature evolutions to commute appears as a differential consequence of the condition that the corresponding curve evolutions commute. This implies that integrability does not necessarily lift from the curvature evolution to the curve evolution. However, most commonly studied integrable curvature equations are homogeneous polynomials or rational functions of the differential invariants. Since in these classes the kernel of the differential operator is empty, pairs of integrable equations result.

The staircase method takes advantage of Lax matrices of a PΔE which depend on a variable k, usually called the spectral parameter, to construct a so called monodromy matrix whose trace yields integrals of motion for the travelling wave reduction.  With O. Rojas and G.R.W. Quispel [9] we have provided closed form expression for the integrals of travelling wave reductions of the sine-Gordon and mKDV equations. Then, with Dinh Tran, we developed a systematic method to obtain closed form expressions, based on noncommutative Vieta-expansion. In [12] we applied this method to maps of the Adler-Bobenko-Suris classification and in [15] it was applied to the nth order Lyness-equation.

In [16] we prove directly, and in full generality, that the staircase method provides integrals for mappings, or correspondences, obtained as travelling wave reductions of integrable partial difference equations. We apply the method to a variety of equations, and systems of equations. Then we use symmetries of the lattice equations to dimensionally reduce the mappings obtained as travelling wave reductions. Taking dimensional reduction into account, our results support the idea that the staircase method provides sufficiently many integrals for the mappings to be completely integrable (in the sense of Liouville-Arnold). We also consider reduction on quad-graphs that differ from the lattice of integers points in the plane.

In [17] we study mappings obtained as periodic reductions of the lattice Korteweg-De Vries equation. For small periodicities we establish upper bounds on the growth of the degree of the numerator of their iterates. These upper bounds appear to be exact. We conjecture a similar growth for periodicities in all directions and have considered the growth in projective space as well.

The discrete time Toda equation and the Quotient-Difference equation arise in the standard theory of orthogonal polynomials, see for example [Papageorgiou, Grammaticos and Ramani, 1995]. By considering two-variable orthogonal polynomials on elliptic curve, we construct higher order analogues of these important equations in [18].